Being Friendly With Students - Generation Gap 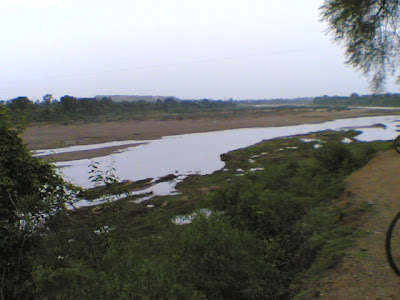 Being Friendly With Students


Yesterday someone asked me, what is the generation gap?

I tried to explain him by examples from day today life. The first event narrated by a retired teacher. Near about forty years ago when he had just joined his duty in a high school. At that time movies were the most popular source of entertainment. Seeing a new movie on first day amidst crowd in a theatre had its own charm. Religious minded people sternly condemned films .Teachers too sermonized against it, still, particularly young teachers would not hold back themselves from the attraction of silver screen.

Now a day’s television had wiped out all those notions, as theatre has itself entered in every home through the T.V. frame. Now these things seem to be unbelievable.

Mr.’s., the teacher was, once, in a queue for purchasing ticket of a new movie. One of his students came near him and offered for purchasing his ticket by saying, Sir,Bhid Bahut Hai Laiye Main Aap Ka Ticket Nikal Kar La Deta Hoon. He took ten Rupees Note and disappeared in crowd and returned with ticket just a few moment .Mr. S says “That was the last film I saw in a theater never visited any theatre after that.

Last month a new teacher appointed in our school .The most remarkable thing about such types of people become popular among students in no time. Their efforts to develop student, enthusiasm towards their duties and ambitious character take them closer to the pupils. Sometimes these teachers loose the sense of dignity and become friendly with their students with no barrier. Once the newly appointed teacher was also in the queue for purchasing ticket of a new movie. He also experienced same situation with his student but with a slight difference as Mr.S had gone through. His student came near him and said “Sir,Bheed Bahot hai, Please Aap Meri Bhi Ticket Le Len Kya? (Sir, it is too much crowdie, Will you please purchase a ticket for me too?

Once I was busy in shopping along my wife in a market, one of my students saw us and come near us and introduced her mother. The girl had left school four years ago. She informed me that she had been married and before leaving inquired about my health. My wife surprised, how free your students are with you! I said,”There is nothing wrong if they talk with their teacher in a market place.What would you have done if you have been in her place?”
My wife told me,’ Students of our time had never talked like this, if I was your student, I would have departed just after a simple Assalamo -Alaikum.

I think much water had been flown under the bridge of time. Students of past not only full of respect but they were so afraid from their teachers that they never dared to ask questions related to the subjects. Modern students have no hesitation to raise his objections too.

Last year a teacher shared his experiences of board work with me. He said that many times students write their mobile numbers in answer papers and more over, the convenient time too when they me be contacted. According to the board’s instructions such cases should be informed to the board authority for disciplinary action, but teachers rarely adopt this thorny way, some time to avoid unnecessary trouble and mostly to rescue students from spoiling their future. The most astonishing aspect of this phenomenon is that these students feel nothing wrong in inviting the teachers for corrupt practices.

It also reveals that students offer dealing for unfair means to these valuers because some of them had got positive response from other corner. Such practices are spreading in society by irresponsible, greedy and corrupt teachers.

New generation is no doubt advance as per requirement of their age, the time has also been changed and the mentors of this period have also been metamorphosed.