is not something ready made,

It comes from your own action. 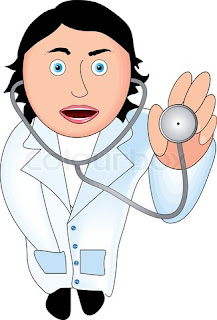 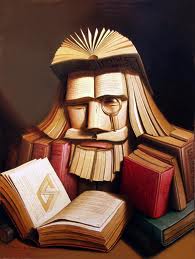 
Earlier, advance technology and particularly the use of internet were considered blessing in the field of education but present scenario has proved it a curse.

These things are going to be equally dangerous for the society. We can’t allow our children to use internet without vigilance. Now parents as well as educational institutes have great responsibility to nurture present generation with moral education, otherwise, in the years coming, we will have a sinful, corrupt and unsafe society around us.

Mockery of the time is that still all the responsible agencies are not serious about moral education. 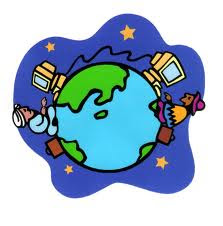 “When one's head is gone one doesn't weep over one's hair!”
― Leo Tolstoy,

Those who are not at war with others
are not at peace with themselves . 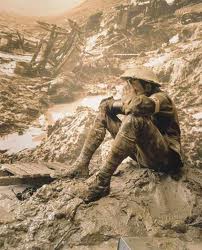 (Means: By assembling stones and sand, you have erected mosque, and early in the morning you give “Azan “(Islamic call for prayer), whether God is deaf?)

I clarified to him that though Sant Kabeer was a great poet and saint but either he had used a particular figure of speech in this couplet. He has given the reason for a particular occurrence which is not its real reason, or he is unaware of it.

The Azan in our mosques is given only for calling Muslim to perform Namaz which is the real prayer. My teacher surprise to know this fact then he asked me to translate the words of Azan in Marathi.

I discussed several people during yester years, and found them confused about these things.   This is amazing that we live in a country where a number of religions are in practice but we have very limited knowledge of other religion and even we don’t know basic things about our own religion.

Poetical misconceptions are also surprising in our literature which may be the result of poet’s unawareness or he deliberately projects something wrong. Nida Fazli, a modern Urdu poet well-known for his tender thoughts and unique style had also been in controversy for many issues. Besides other forms of literature he had expressed his views in the form of Doha in Urdu which is actually came from Hindi literature. One of his Urdu Doha Nida says:

A child was astonished to see a splendid mosque, he said, How surprising that for a single God this huge home is constructed. 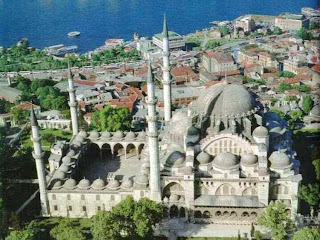 Perhaps poet has expressed these words by a child so that people may not accuse him to criticize on a holy place. It also indicates that there is tendency to spend a lot of money on decorating religious places. But the wrong massage goes from this couplet is that mosque is the house of God, which is indeed true but at the same time it is a place of worship where people  assemble five times to perform Namaz ,an important prayer in Islam. The size of a mosque may be depending on the Muslim population of that area. The people unaware of this fact may be misguided by these lines which is merely a poetic allegation.

The grandeur of holy places always fascinated me  as it   create the sense of  greatness of God ,but at the same time I feel that despite of spending lavishly on extraordinary decoration ,it is necessary to spend some money to establish a library attached to mosque in which religious literature and the explain er to holy book must be available so that people must understand their religion correctly.

Most of the people in the world are unaware of the true spirit of their religion .In our country  also a number of superstitions are in practice in the name of holy faith.

When I inquire such type of mosques in our city only two or three places are there like this. I hope education will create awareness among new generation about the need to acquire true spirit of religion despite of adopting rituals to follow religion. 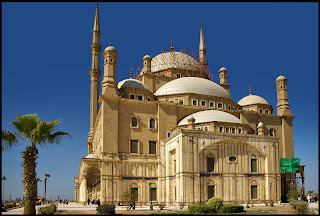